Though they’re not in season, I’ve found myself immersed in ghost stories.
March 18th, 2013

The other day I stumbled upon an old BBC documentary about the “Enfield Poltergeist” (and yes, it was a search for videos of the Enfield rifle that brought me there). The Enfield Poltergeist is one of those famous poltergeist cases that was witnessed by so many people, including journalists, photographers, police, neighbors, and investigators from the Society for Psychical Research, that it’s difficult to refute, at least in terms of the physical phenomena. The case is up there with other famous poltergeist cases like the Great Amherst Mystery, the Fox Sisters Haunting, the Thornton Heath Case, and the Fire Spook of Caledonia Mills.

I’ve been reading accounts of this sort of thing all of my reading life, of objects flying around on their own, doors opening and closing, spontaneous fires breaking out, chairs flipping over and so on. I’ve always found the stories both fascinating and entertaining, but did they describe, I wondered, a real phenomenon? And if so, why weren’t there scores of examples on video? People film everything these days. If there are poltergeists out there, how hard would it be to catch them on camera? Or is it all just nonsense?

Have I mentioned that I wrote a book of ghost stories? 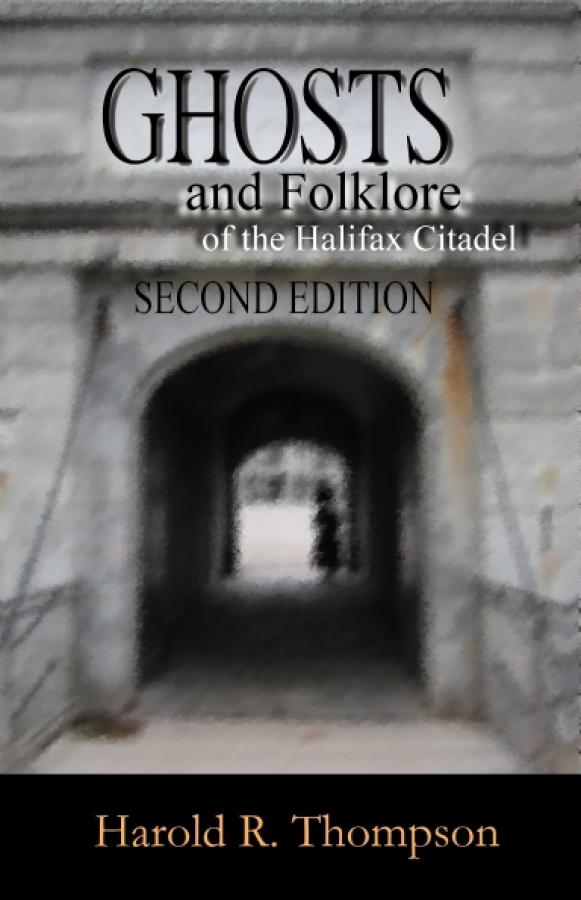 It does look like certain physical elements of the manifestations are real enough. In the Enfield case, scores of journalists and also the police recorded instances of objects that seemed to move on their own. There have also been other cases, more recent cases, in which the activity was so obvious and widespread that it couldn’t be denied. One example is the “Canneto Fires.” This was a series of spontaneous fires that occurred in several houses in the village of Canneto, in Sicily, in 2004. Appliances such as toasters, driers, televisions, and vacuum cleaners burst into flames, and on at least one occasion a chair caught fire. In many cases, the fires ignited even after power to the village had been cut. Police and teams of scientists, including a team from NASA, were called in to investigate. They prepared a report that suggested that the cause of the fires was the result of some kind of natural electromagnetic emissions, though the source of those emissions remained unknown. Several theories were advanced, including the possibility of static discharges from nearby Mt Etna, but these were just theories.

There is no disputing that the fires in Canneto took place, and that they were typical of so-called poltergeist activity, even though there was a reluctance to give them that label. So at least some of the activity is real. Has any one managed to film it?
A quick YouTube search confirmed that there are indeed many poltergeist videos, and though I was able to reject many as hoaxes or jokes, quite a few also appeared to be genuine, at least at first glance. None of them was shot in a controlled environment, so they unfortunately have no value as objective evidence, but I still found some of them compelling.

At the top of the compelling list are a series of videos shot by a fellow in the UK who goes by the name mellowb1rd. He claims that his house is haunted by a poltergeist, and has posted numerous clips of objects flying around in his front hall, living room, bathroom, and kitchen. Some of his posted videos feature multiple cameras showing different angles as shown below:

Another source of good poltergeist clips is a guy living in Australia who goes by the YouTube handle of NQGhosthunter. His videos are similar to mellowb1rd’s, though much of his footage is in HD, which is nice because the images are much clearer and easier to critique.
Here’s a series of NQGhosthunter’s videos:

There are some other ones, too, that I found pretty interesting. One seems to have been shot somewhere in Canada (at least you can hear that the radio is tuned to the CBC), and features two dogs that stare at something going on off camera:

I watched as many of these videos as I could, hoping to get a broader picture of what was going on, and looking for signs of trickery. I then searched for alternate explanations for what I was seeing, looking for critiques, wondering if I was missing something. I found nothing that I would characterize as professional, as proper forensic analysis, but I did find plenty of amateur refutations, including entire web sites devoted to exposing mellowb1rd or NQGhosthunter as frauds. Fair enough, I thought, but as a I read on I discovered that the authors were poor observers and poor thinkers who had no idea what they were talking about. Some of them were even angry to the point of viciousness, accusing mellowb1rd and NQ of all sorts of duplicity, and I started to wonder if something else was going on here. Could the videos be so disturbing that some people felt a need to reject them, and reject them violently, out of fear that they may be real? Or is it because we’ve all seen so many tricks over the years, that some people are just not impressed by anything anymore?
Whatever the case, if the videos are fiction, taken together they are brilliant fiction. Key to their strength is the behavior of both mellowb1rd and NQGhosthunter. When they’re on camera, they don’t seem to be pretending. When something scares them, they react exactly as they should. Mellowb1rd’s hands tremble just a bit. His laugh is nervous. NQGhosthunter flinches away from a rattling cabinet door. He curses and mutters to himself. Their on camera personas are entirely natural.

Another interesting aspect of the videos is their consistency with what has been written regarding other poltergeist cases, including the Enfield Poltergeist. Here we have video versions of old ghost stories I have read. Even some of the more over-the-top claims, like moving dolls, have plenty of precedent in “true” ghost literature.

A third reason is the complexity and apparent cold reality of what is shown in the videos. What should a real poltergeist video look like, if one existed? Well, it should look like this.

Of course you can do anything with video effects, but to make these films as effects pieces would be quite difficult. As an amateur filmmaker, I know something about effects, both of the mechanical and CG variety, because I’ve created them myself. Some of the things I see in these clips I could recreate with little difficulty, and some I could not. In fact, many of them I could not.

I should add here that there are several dramatic video presentations available for comparison, such as the Paranormal Activity movies, the BBC drama Ghostwatch from the 1990s, and a web series called the Haunting of Sunshine Girl, to name just a few. The filmmakers, who had real budgets to work with, tried to make these shows look real, but they don’t stack up to mellowb1rd and NQ. I actually watched a clip from Ghostwatch, not realizing it was a TV show, and thought to myself that it looked like a clumsy hoax. The same went for Sunshine Girl. The acting is a little stiff in all three examples, and none of the poltergeist scenes is anywhere near as complex, in terms of the number of objects moving about in all directions, in what we see in the supposedly true videos.
Take a look at one of mellowb1rd’s clips, one that shows the kitchen or bathroom with objects flying everywhere, many of them flying off shelves in plain view. How could this be achieved with effects? The obvious answer is by mechanical effects, by the use of wires, springs, compressed air, squibs, and servos. You would have to rig the room (and indeed, every room in the house where this activity has been filmed) with holes in the backs of the cupboards, cabinets, and walls. Using these methods, you could probably replicate about 80% of what we see in the clips. However, it’s pretty clear, if you watch all of their videos, that neither mellowb1rd nor NQ have filled their walls with holes. Not that it matters, because holes in the walls and wires and such will not allow you to make an object change or reverse course in mid-flight, or flip end over end several times. That requires CGI, and I don’t see any sign of CGI here at all. There’s a reason why Ron Howard decided not to use CGI to simulate floating objects in a weightless environment when he shot Apollo 13. Those objects never look real. That was why he filmed all of the weightless scenes in actual micro-gravity (and believe it or not, I once saw someone comment about how “fake” the weightless scenes in that movie look).

The videos may still be hoaxes. They look real, but science requires controls, corroboration, replication, peer review. Though I doubt it will ever happen, I would love to see independent investigations into mellowb1rd’s and NQ’s cases, to confirm them or, if warranted, refute them. It stands to reason that such videos should exist. We know from the Enfield case and the Canneto case and from so many verbal accounts that these things probably do happen, so why shouldn’t someone be able to finally catch them on camera?
I think that we’ll start to see more and more of this sort of video footage in the future. Maybe time will tell whether we’re seeing a new form of performance magic, or something altogether more interesting.