I was determined to set my historical adventure film in Nova Scotia, my home province in Canada, during either the American Revolution or the French and Indian War. After some mental deliberation I settled on the latter. The French and Indian War in Nova Scotia had been a dark and brutal period in which British, French, Acadian, and native Mi’kmaq forces had all struggled for dominance. Some large battles had been fought – the siege of the French town of Louisbourg, for instance – but most of the fighting had been small scale, ambushes and raids. This suited my needs, for I knew I had to keep the physical scale of this thing small. My intention was to contact the local re-enacting societies, explain my project, then see how many were interested. I hoped to recruit about five principal actors and about ten to fifteen secondary characters or extras, which I figured was not many for a war movie.

All this was down the road. I needed a story first, and very early on I decided to split that story in two. The basis for this decision was my perceived need to avoid boring my volunteer actors if filming went on too long. Thus I would make two short movies that were linked, with two casts. One of the movies would be set in the eighteenth century. The other would be set in the present.  The historical sequence would be told in flashbacks from the modern sequence, which would be a mystery of sorts centered on an artifact found in an antique ship (an idea that came about simply because I had access to an antique shop). The finished modern sequence would last about twenty to thirty minutes.  This meant that the historic sequence, which would be the meat of the film, would last about sixty minutes. A sixty minute sequence would not take as long to shoot as a full ninety minute sequence. 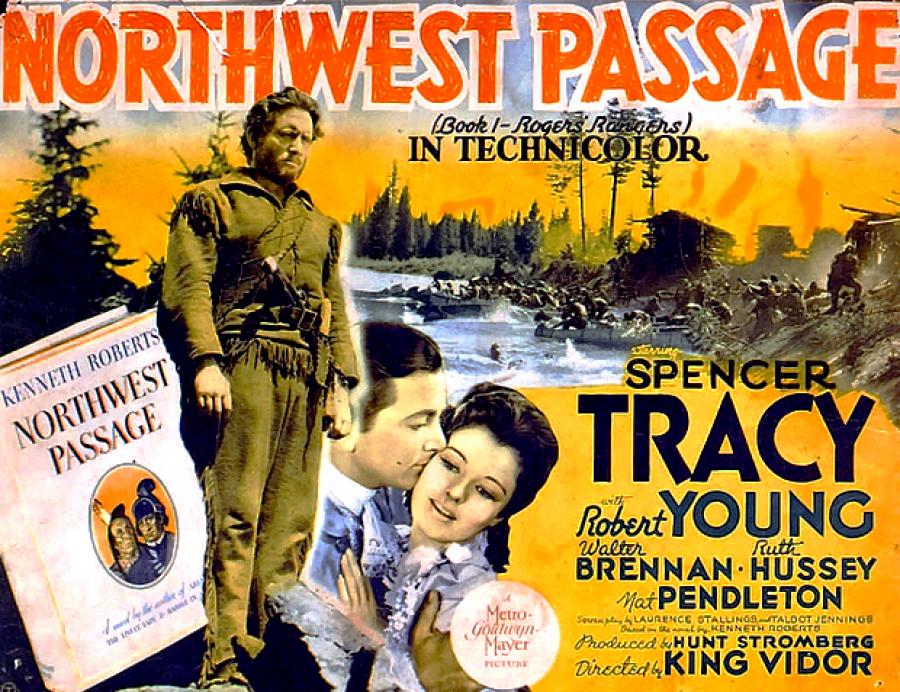 I gave the historical sequence a lot of thought. I’m not sure where my story eventually came from, but know it was partly inspired by the 1939 Spencer Tracy epic Northwest Passage. That film is also set during the French and Indian War, and features Tracy as the famed Ranger commander Major Robert Rogers as he leads his men on an epic wilderness trek to attack the Abenaki stronghold of St Francis. Much of the film takes place in the forests and swamps of upstate New York (though it was actually filmed in the west). I’d always loved those wilderness warfare scenes, and wanted to do something similar.

History was on my side. In 1755, as the French and Indian War was just heating up, British forces had rounded up the Acadian people of Nova Scotia and scattered them amongst the other colonies, fearing that they would support the French. Many – maybe as many as half – of the Acadians escaped the deportation and took to the woods. Quite a few then took up arms, resulting in a petit guerre of savage bush fighting. This was the perfect scenario for my movie. I would tell the story of a band of New England Rangers (many such units had operated in Nova Scotia), sent to seek and destroy a band of Acadian partisans near the end of the war. In the ensuing chase, each group would slowly destroy the other until only two characters were left.

With my basic plot determined, I was resolved to take things slowly. I talked about the project to friends and colleagues at work, and also started scouting for locations. I figured that all of my locations would have to be either private property belonging to friends or remote public places where no one would try to slap me with a location fee. I had to be careful. Some owners or occupiers don’t mind if you film on their land, but others will be reluctant and try to make you pay. If you encounter the latter, find another location.
Almost a full year before I began actually shooting Bloody Creek, I took my kids on a walk along a trail in the woods above the old fishing community of Purcell’s Cove. The trail leads up from the cove to the top of a bluff that overlooks the entrance to Halifax harbour. I remember the day well, because my three year old daughter insisted on wearing a Batman costume. I also videotaped some of our trek. It was while taping my son standing on a massive granite outcrop, surrounded by swaying fir and pine trees, that I decided that this was a perfect location for my movie. The trail had everything: deep, dark woods, babbling streams, wide open clearings, and sweeping views of apparent wilderness. And though it was well known to locals, it was not well known. This meant I could film in relative peace and obscurity.

The choice of this location was what set me on the path to actually making my movie. The landscape was inspiring. For the next few months, throughout that winter of 2009, I would drive past the entrance to that trail on my way to work, and I would think about my story. Slowly, but surely, my script began to take shape in my mind. All I had to do was write it down.

Next: Heroes and Villains

‹ Make a No Budget Movie: Chapter Two up

Make a No Budget Movie