Thus ends the tale of A Tale of Bloody Creek. Even after many, many months have passed, I still marvel at how well it turned out, because it could have been just awful. And I’m also thankful for all of the lessons I learned, through trial and error and other means. It’s those lessons that are the subject of this final chapter in the series. 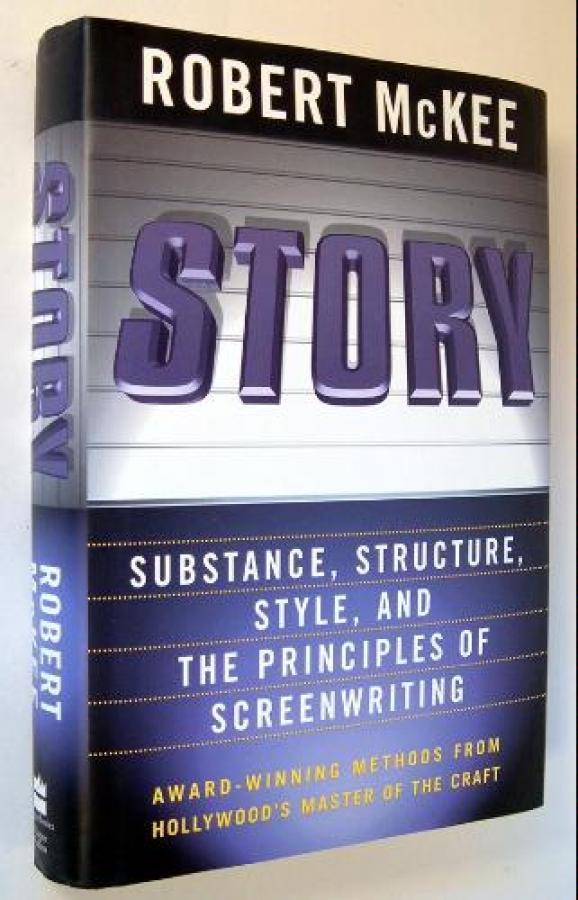 Months after completing this film, I read Robert McKee’s Story: Substance, Structure, Style, and the Principles of Screenwriting. It’s a good book, if a bit repetitive, full of analyses about what makes a good film and what makes a bad film. I was happy to discover, at least according to the book, that I’d done a few things right. For example, the Bloody Creek screenplay features several interwoven threads of conflict and a slightly ambiguous ending (apparently that’s difficult to do). As an action film, there are four acts – an “act” being a sequence that leads to a semi-conclusion that serves to set up the next act. Act I begins with the Renard’s ambush (what McKee call “the inciting incident”), and concludes when Tom joins the Rangers. Act II starts with the expedition to catch Reanard, and concludes when Noble is ambushed, essentially defeated, but decides to carry on. Act III starts with the running fight in the woods, in which Tom becomes lost, and concludes when Tom is reunited with Noble for the final push. And finally, Act IV is the climactic battle on the rocks.
There are no wasted scenes or scene sequences in the script, no scenes that only serve as exposition. This is good, because exposition slows down a film’s pacing. I tried to deliver backstory within scenes that also drove the plot forward. Every scene had to produce change, some kind of narrative shift. What this means is that, if a scene started on a positive note – however overt or subtle – it would end on a negative, and vice versa. A scene that ended on the negative would then lead to a scene that began on a negative, and so on, with the story bouncing back and forth, positive to negative, until the climax.

If you go through Bloody Creek scene by scene, this is exactly what happens. I didn’t plan it that way consciously, just as I didn’t really plan four acts. I just went by feel. But I’ve been writing since I was about five, and I must have learned something in all that time.
Other lessons were more practical. Here’s a partial list of “no budget” tips, some which have been raised in earlier chapters. I say it’s a partial list because I know I’ll think of more later.
Film what you have and who you have: base your story on available resources.

Shoot 24 p HD if you can; use some kind of camera mounted microphone or a separate digital sound system.

Make sure your screenplay is ready; ask yourself if your dialogue says what you really want it to say; don’t be impatient.

Get your actors together and decide shooting times that are convenient for everyone.

Use natural light as much as possible to avoid the need for complex artifical lighting; make it work for you.

Music is key to setting mood; original music is great, if you can get it (for free).

Everything will take longer than you think it will take.

Get it done; don’t give up; you may need to compromise sometimes; be clever.

And the biggest lesson? A low budget is better than no budget. No budget filmmaking can be rewarding, but it’s also frustrating. One result of my experiment was to prove that it can be done and done reasonably well, but even a little bit of money would have cured a few headaches and helped me avoid some of the mistakes that I made. I haven’t made another film, not even a short one, since finishing the final cut of Bloody Creek. I know what I’d be getting into if I started – and it’s not something I think I have the energy for right now.

Outside of some short documentaries, I have no intention of ever making a serious no budget film again.

In fact, I’m rewriting Bloody Creek as a larger feature I’ve entitled Son of the Fox. It will have five acts, and is not intended to be a no budget feature. And maybe someday it will actually get made.

‹ Make a No Budget Movie up

Make a No Budget Movie